The pubs will close again

The only comment it appears possible to write about beer and pubs is how utterly dire it all appears to be. It appears that the demise of the pub industry will not come about due to cheap supermarket booze but a virus. A virus that requires us all to keep our distance from each other and live within bubbles of family units. A virus that kyboshes much of the natural human behaviour that makes shared social spaces like pubs an enjoyable place to spend time. 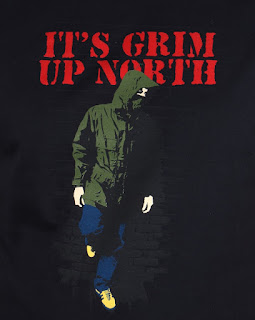 The 1st stage of this appears a distant memory despite only being earlier in the year. Remember before the pubs shut in April? Governments advised us against wearing masks arguing they were ineffective. In reality it was more a case that they didn’t want individuals buying up PPE for personal use. How’s that economic theory of comparative advantage working out on PPE then? I remember sitting in a pub and a group of old men came and sat at the next table. Nothing unusual until one had a coughing fit. His friends joked about the virus in the news and they cracked on. I thought at the time. All restrictions and advice essentially applies to others. It is others that spread the virus not us. Others not following the rules. There is always an exception for ourselves. A week later after some debacle the pubs were ordered to shut and an eery quiet descended. Working from home, furlough and supermarket delivery slots were the language of middle-class lockdown as the workers cracked on in the factories, warehouses, shops and hospitals.

It was a strange month. Queues outside supermarkets. People crossing the road to avoid each other. Only going out for a walk once a day. Leaving groceries in my elderly parents’ porch. After a month you saw it break down. Neighbours having guests, one neighbour selling his car and showing it to visitors. All going out to clap the NHS, mind. Gradually we entered the world of Covid theatre. Showing you were doing the right thing but finding a way around the rules when necessary.

The advice on masks seemed to change around the time I got an email alert telling me N95 masks were back in stock at screw fix. Now they were available, they were advised. Gradually they would become mandatory. I bought packets and felt the need to explain I was buying not just for myself but elderly parents. There was no dirty look, but I felt the need to explain why I was buying up to the limit rather than 1 packet.

Thankfully the weather stayed, in the main, nice and I enjoyed the break. My gardens never looked better with the time I spent tidying it up. My gardens have always been a burden and I had given thought to selling the house and moving into an apartment. During the summer I appreciated having it not only to spend time on it but to sit with a book and a beer listening to the birds’ tweet. I have the habit of buying books and not reading them. I ploughed through a fair number this summer. I learnt about crypto currency, how Warren Buffet differs from his mentor Ben Graham and even read a book about beer.

Despite the inconveniences and I’m sure for many people, fear. I felt hopeful. The virus would burn out or we’d build the capacity to cope with this, adapt, and return slowly to some form of normal. Hope arrived when the pubs reopened. I felt an optimism. The sacrifice we had all made had been worth it. We were out the other side, Normalcy resuming. Rishi was encouraging the reticent out with a cheap burger. It wasn’t so much my day out in the pubs I enjoyed but what it represented. This was coming to an end. We were getting back to normal. Gradually, slowly but to normal. Second wave? Was it always inevitable?

Is it that people have not followed the guidance? Has the government been negligent in its advice to us? Even a conservatively minded man like myself cannot defend much of the government. It appears time has been wasted. Our world beating track and trace system is a £12 billion Excel spreadsheet. Cases are rising. Government assistance is becoming less generous as the tax base dissolves and the economics suggest our nearly 50-year experiment with weak money has reached its limit of what can be achieved with that idea.

The reduction in government assistance appears to put the regions in revolt as local city mayors point out much of their local economies will die under severe restrictions.  That has health impacts too. Meanwhile the weather is turning into winter, the ever-changing pub rules make them incrementally less welcoming with every change. Every day appears under threat of further changes tomorrow. The optimism of summer has given way to a pessimism that it might not be okay in the end. We are not getting through this unscathed. I can’t be the only one?

Is it that it’s gradually wearing me down? But good god. The daily debate as to whether Greater Manchester should be Tier 2 or 3. What will shut, what will change yet again. I feel for those running pubs in this environment. Not knowing from day to day what change is coming tomorrow. A sense that whatever change is made will not have the desired effect and further restrictions are down the line. A lack of belief that a 2-week circuit breaker would be 2 weeks. The 3 weeks to save the NHS turned into 3 months for Christ sake. Is it time to turn off, get your head down and just crack on best you can, filter out the stream of ever dire news? Stock up on bog roll and beer and sit it out? This time in winter. No xmas parties, uncertain what family members can be visited. No meeting friends. Doesn’t seem all a burden now, the Xmases of years past. Seems it’s something I’ll miss. I think what is lacking is that this time I don’t think it’ll all be fine in six months.

I thought that six months ago. I thought we’ll get to the other side of this. Yet after this short respite, we appear to be where we started. The plan appears to do it again and see where we are in six months. I think we’ll be exactly here. That’s my pessimism. I hope its not shared. Some people think businesses close when they run out of money. They close when the towel is thrown in. When people think they need to do that in order to get out with something rather than stick it out and leave with nothing. If I ran a pub my thoughts would be one of jacking it in. I hope it’s not a widely shared sentiment. I hope they are fighters. 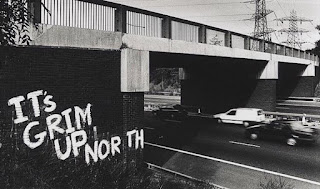 The pubs will close again. Only this time fewer will reopen. I hope there’s more optimism with you than there is with me.

Cookie. This is excellent and mirrors my own thoughts and feelings exactly. While no Tory, I had always associated them with a kind of competence, though often misdirected. Oh and the cronyism, but they have been worse than anyone could have imagined.

My old boss used to say "we are where we are" as a prelude to saying in effect "But we can sort this.". Like you though I'm not at all sure we can, given where the where we are seems to be back at step one.

The trade is well and truly screwed. While hanging on like grim death might be an option for some, it isn't for many. While Government does have a magic money tree, most ordinary folks don't. Fine for me unless the country actually goes bust, but not for many.

It is a very depressing outlook, especially at my age where Old Father Time and his mate the Grim Reaper isn't far away when you look behind you. It isn't just a certain "approved by the Twitterati" group that get depressed. We all do to some extent. I don't have a lot of family cheering me up by phoning me up to see how I am, as I simply don't have a lot of family and of course, most of my friends are as old as me or older, and we kind of rely on seeing each other for a laugh and banter.

Anyway, I do agree with what you say and if things do get better, it likely won't be anytime soon.

Still, there is home delivery, books and YouTube. This is indeed a golden age. It might have happened when the telly wasn't invented.

Small things to cheer us up. And pub for tea, while it is still there.

As Tandy says, an excellent piece that also rings true with those of us slightly younger.

There are ways out of this - some countries are out the other side, others are still on the edge but at least are in a better place than they were in February when they locked down.

But not us. And we aren't going to be while we have this shower in charge.

They will never admit they got it wrong. With their majority, they will continue winning every vote - it's going to take total breakdown of society before enough of their backbenchers wise up and start putting pressure on their leaders to even to think about a new direction. The backstabbing letter from the six Manchester MPs shows that they are only really interested in sucking up.

So we will be left with two choices - live with COVID and the resulting poverty and mental health for four years until we can unseat them or we descend into the very un-British option of mass civil unrest.

I couldn't agree more, I work in the hospitality industry as a chef, the future looks bleak, Christmas is the only oasis in a long desolate winter for many pubs, hotels and restaurants, it is literally the lifeline of many who struggle on through until the sun pokes its head out again around Easter, I've no idea how many will cope or survive. Very very few will thrive, I remember choosing to cook rather than work in the Aluminium rolling mill like everyone else after being told "you will never be out of work as people will always need feeding".. The future looks now as bleak as the long closed mill.