When the pubs reopened in July, I was keen to return to check them out for a number of disparate reasons. One of the more pessimistic that makes the pub lovers cry is that I suspected many of them are not long going to be with us. It is a twilight for many so get in for one last pint. Another was a desire to check out the new Covid restrictions and see what kind of pub experience it was. If you remember at the time there was much wailing by so called beer and pub enthusiasts for them to stay closed. Primarily by people scared of leaving the house, lest the Rona get them. So, I wanted to see whether they were distanced and safe and clean and all the what not. By and large what I experienced at the time surprised me in so far as it was a better experience than I expected. 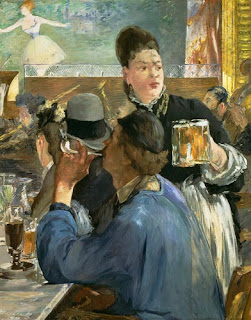 Tip you tight arse, she deserves it.

The lockdown bedwetters were wrong, pubs were not centres of infection as drunks ignored the rules and infected everyone. They were well run and, to be honest, the staff deserved a bonus for there patience and the ability to remain polite and nice after repeating the same reminder for the umpteenth time. The other extreme of the bed wetter’s, let’s call them anti mask nutters were also wrong in so far as the hospitable pub environment was not to any great extent ruined. Pubs could operate more or less as they had done and remain as hospitable or not as they had previously. The reduced capacity had me wondering about the longer-term viability.

Last Thursday the rules changed again and by Friday I fancied going checking it out for myself rather than trust the 2nd, 3rd and even 4th hand reporting of journalists or bloggers most of whom have their own narrative to support and will have decided how they see things before seeing it.

A pub review is not the point of this opinion piece, so I’ll get straight to the 4 conclusions I reached and how I reached them. Number 1. Spoons after a great start are getting back to their bad old ways. After Timbo clearly spent a bob cleaning and tidying up some of his more sticky tabled gaffs, spreading the tables out and putting in the Perspex. It’s getting a bit sticky tabled again. It’s one thing to have door staff policing the numbers but when most of the free tables have detritus or beer splashes on them it’s the grot hole of old, not the new Covid secure clean spoons of new. That’s a quick in/out not stopping pal. Not all spoons. The nicer ones of old are still nice. Spoons is a system and in some that system misfires. Glad I chundered thru my tokens in the magic month they wiped the tables down.

Secondly, pub hospitality is a reflection of the proprietor. The pubs that were always welcoming appeared to be making a decent fist of the latest rules. The less welcoming pubs are well, even less welcoming and appear to resent customers as much as the ever-changing rules placed upon them. By welcoming I mean it’s an attitude that a place kind of has. A patience with customers to remind them politely rather than bark at them and to do so with good humour. A smile even if they are not feeling it that day. A desire to make it work and an understanding their business is all about making the customer feel welcome. It still exists. The great pubs are still great. I enjoyed my Friday afternoon on the pop. I lingered in the better one as they brought my grog to my table.

Thirdly, ever changing rules are terrible thing in business. Businesses work with consistency of process rather than figuring out and applying constant arbitrary change. In the better of the pubs I visited and lingered the staff were working their socks off to accommodate table service in a pub not previously set up to do that. They may learn over time from those places that they can reduce table trips by running table tabs that are settled at the end to reduce payment token transfers. Table service works poorly with pay as you go but I’m guessing that isn’t learnt on day one. One overworked lass making several trips to a table (order, delivery & change) can be reduced with further continental approaches. But the rules will change again next week so no need to bed these ones in.

Fourthly and lastly. It’s time to tip. Other countries and cultures have established rules and an etiquette of tipping. You know them and you can follow them and whatever you think of it, that’s the system. Add the 20%, 15%, 10%. Or round up to the next euro and maybe add a euro if that seems tight considering how many you’ve had. The rules are in the guidebook. Friends have confirmed thems the rules or all is clear. You just follow it. We’ve never had that here. But table service adds to the service you receive and it’s time to tip. I’d prefer a set of established rules and etiquette but in lieu of them I’m proposing the following. 20p or thereabouts if it’s pay as you go. Round up to a quid, maybe add another if it’s a table tab. That sort of Germanic table service set of rules you’ve noticed over there. It’s seems fair enough without adding to much to the cost of your sesh. The bar staff are running around, the gig is a lot more than it was, they are coping brilliantly and smiling when reminding the dopey codgers for the umpteenth time to put a mask on when going for a piss. They have more humour and patience than I would muster. Bung some coins in their tip jar. They deserve it. A nice bonus when they dish that out among themselves. It’s not patronising or elitist to tip. Back when I was a student, I did some silver service gigs. Tips were great. I loved them. Ta very much posho’s was my attitude to tips. The kids running ragged to make this new system work will love a bit extra for the extra effort they are are putting in. Tip you tight arses. Say one yourself, say round it up, say stick 20p in your tip jar treacle. Whatever. They’ve earnt a tip.

One of your more sensible efforts :-)

1. There were no masks in pubs until last week, so it made no difference to the experience.

2. Table service works fine once you sort out your system. It's the norm in most of the rest of the world. But you can't get away from the fact that it's more labour-intensive than bar service, although that may not be a problem if there are hardly any customers anyway.

3. How do you give a tip if ordering via an app?

2. 3 trips to a table (order, delivery & payment, change) can be reduced with table tabs or even equipping staff with purses. pubs are still figuring it out. it was interesting to see the early stages of new systems.

3. yeh, that's crap innit? nor would you trust the tips went to the staff if you could add one via the app. if you left coins it would be a gift to the next punter not the staff as they are no longer wiping the tables.

Purses are the obvious solution if you're accepting cash payments, but I can see some operators having kittens over the financial control implications.

My local is taking full advantage of table service, looking after punters, spotting empty glasses quickly and proactively offering a refill. With such a positive attitude they have hope of a future. From observation I might guess that they've increased yield per customer visit by a good 20%. Regarding tips, I agree wholeheartedly, although many of the camra beards with whom I go drinking are far too tight to oblige.

I'd written long about tipping in general and the varying ways staff can interpret your directions, as in the line "one for yourself," but as a non-discount claiming tipper anyway so the addition of table service doesn't affect my rate, though this may seem stingy in the eyes of some.

On holiday last week I noted where I was in the UK, most pubs seemed to have not reopened since the March lockdown, those that were open were the locals-only sort, perfectly amiable if you weren't bothered about NOT adhering to the rules, or only the perfunctory ones.

Spoons was the shocker though, Monday evening after a very nice day weather wise and our entry to the establishment appeared to final raise the number of punters above the number of staff.

Not had the chance to go local since the latest rule changes but I doubt much will have changed, except I will probably wear a mask when moving around the pub, if nothing else but in solidarity to the poor bastards who have to work while wearing them.

It's a great post as usual, Cookie, but table service is the pits. It denies me of the joy of walking up to a bar, speaking to a human, making my purchase (by card or cash as the pub prefers) and carrying it skilfully to a table of my choice (wearing a mask as legally required).

Being directed to a table not of my choosing, getting a pint after about 10 minutes, then taking a further 10 minutes to find someone to pay for it, is a serious deterioration in service. I understand why we've got it, but I'm not happy with it.

Tipping - generous to a fault if I'm eating, not a penny more on a pint.

lads, you'll all follow the convention in a bierkeller and round it up to the nearest euro, maybe add a euro for the bierfrau.
you won't do the same for a british waitress? zum Schämen

Great piece Cookie. Shows an understanding of pubs that nearly make you a pub man.

On tipping, I tip in two of my locals, but see below. In both cases the staff deserve it and it gets me smiling service and a good feeling. As a former barman myself I know it is appreciated.

The other two locals are run by the tenants. The THT has no staff. I tip the bar staff if they have any in the other. I rarely tip in.places where I'm not known. But I am known in a lot of places.

Contactless makes it harder though.

If they'd let me order at the bar I'd willing slip a drachma in the staff tips box.

Martin tho. There's no tipping for bar service unless its xmas. Its the waiter service that makes it tippable. just the way it is. some thigs a tippable, some not. that's why we need a rules based order.