Why on earth would a blog devoted to cheap grog have any opinion on Small Brewers Relief (SBR)? A government scheme that allows for lower duty to be paid by low volume brewers that tapers off the larger the volume becomes. Or the changes to it that has put a bee in SIBAs bonnet? But appear welcomed by the BBPA? In a review called for by the mysterious and shadowy illuminati associated guild of beer writers?

The proposed changes appear to be related to the production levels the duty relief applies to. Creating winners and losers among those currently taking advantage from it. Losers appear to be the very small whilst the less small seem to come off better.

As I noted on my last blog. The of love of cheap lager to drink at home can be complimented by cheap commodity bitter of the type CAMRA have been instrumental in promoting and creating. A £2.99 Kronenbourg may be the delicious and discerning choice in my local Wetherspoons but wait a goddamn minute there. What’s that? Hand pump pale ales from breweries I’ve never heard of, relatively indistinguishable and interchangeable, all fairly light and easy going if not quite as cold and fizzy as the lout, and all for a CAMRA voucher price of £1.49. Half the price of the lout? Join the CAMRAs and get 60 pints of this pale ale worth 50p off? Don’t mind if I do. 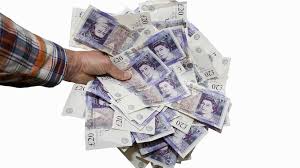 This is one of the reasons I’ve never quite got the arguments over SBR. It is in essence a perk of advantage given to small producers. One that commodity producers need but brand producers don't. Apparently to compensate for their lack of advantage when it comes to economies of scale. Economies of scale being where if you ramp up production the unit cost of production falls as the fixed to variable input cost ratio changes. But but, an advantage to high value craft artisanal product. Why’s that needed?

Small craft production of most things is very much a middle-class tax perk. Imagine it on furniture. Say with VAT as duty is not applied there. Imagine your cheap Ikea furniture got the full 20% but Bob the individual carpenter knocking out bespoke tables got a 0% rate. The government have given a perk to the customers of expensive furniture that the customers of run of the mill furniture don’t get. It’s a tax break for the richer customer.

As are most tax breaks which are intended to favour small batch, labour intensive or what we like to call craft production. The customers of such products tend to be the more prosperous and they get the benefit. A benefit you might argue they do not need but also a benefit you can argue has little material effect on whether they would buy the product anyway. You can buy an adequate desk for about £100 at IKEA. An executive director looking at a handmade oak desk for £1000 is going to be put off if it’s £1200? Really? I doubt it. Such a perk is in many ways pointless and achieves nothing.

Let’s get back to craft beer. It’s not all commodity bitter. There are plenty of high value, high priced small batch product that is bought by people who value that and think it’s worth it. Does a £9 can of DIPA need a tax break? Does the small batch producer need that and when it filters to price does the consumer need that? The brewer is making a high value product and the customer base is not price sensitive. Arguably not, and if the £9 cost £9.50 I seriously doubt any market change would occur.

It’s where we get to the small producers that are not actually producing a distinctive high value high priced product, we get to see their dependence on a tax break. Here is matters what the price of your cask is. It’s a commodity. It needs to be cheaper than the casks sold by the slightly larger family brewers.

Within brewing there is a failure to acknowledge that out of the 1000s of small brewers, relatively few are actually producing a high value product. Those few don’t need a tax break. Those in need of the tax break need it to lower the price of a commodity.

This creates a commodity market where growth becomes impossible (your cost advantage is based on being small) and if you are disadvantaged by this tax regime you have 3 choices. Go Large, go small or go home. You cannot grow organically and naturally to a size that meets actual product demand.

Yet as the changes to SBR are announced, we will see winners and losers in a system that is ultimately an attempt to squew a market and will thus never be entirely satisfactory. Losers will complain, and winners will welcome it. 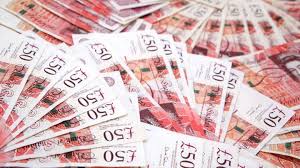 have I got enough for a pint of some of your lovely craft murk?
But I also ask this. Those commentators that appear by there political tweets to favour a government with higher taxes and higher public spending. You know, the ones that got all upset when it appeared the real world view of Corbyn did not match their carefully curated twitter world bubble. That appear to want higher priced craft beer and lament the existence of so much commodity cask beer flooding the market on price and want us all to boycott it. If that is your world view, what possible objection do you have to paying more tax, to fund things like the NHS? When it comes down to it, aren’t you simply attempting to maintain a privilege? One that you do not need. To maintain your own privilege and wrap that up in a noble endeavour?

I say this. Pay up cheap skates. You’ve gotta pay more for craft.

No, the very small are fine. It's the fairly small (2100-5000 hl a year) who are apparently going to suffer. But it remains to be seen if the gradient of the taper will be reduced.

SIBA really do seem to have a bee in their bonnet about cider.

Maybe they should do the same as with cider - under 1000 hl a year pays no duty, everyone else pays normal duty. But you can't really earn a full-time living at that level.

Surely it's only a question of how high the marginal rate of tax is, similar to income tax? Someone who earns £15k pays at a smaller marginal rate than someone who pays £60k. So scrapping the SBR makes the tax curve flatter and the tax is closer to a flat tax rate. I think if one brews less litres the rate should be smaller than for someone who brews more, works for income, why not for beer? Those tiny breweries are almost hobby brewers, give them a break!

The £9.00 DIPA would almost certainly exceed 7.5% ABV (otherwise it is a complete rip off) and therefore subject to the stronger beer duty regime where small producer's relief is not available so the tax advantage on this product disappears

cheers for the comments lads.

you are all correct, the detail of the changes is not really here in this blog.

my opinions were not overly dependant on an assessment of winners and losers.

a perspective of either is for those with skin in the game.

i wanted to express an opinion based on the approach of looking at the economics, apply the same approach to other industries, and show how odd SBR is.

Are there other industries where the government has attempted to compensate the small economic inefficient at the expense of the efficient? economic growth is basically producing more with the same inputs. automation makes every input man hour more productive. what makes brewing different from any other productive process?

many craft brewers achieve higher value outputs as is reflected in the prices of their products. why does that need a tax break?

The general VAT exemption for small businesses is another example. In some EU countries (I can now stop saying "other EU countries" :-) ) the level is minimal and would only cover a tiny hobby business.

But, in the absence of the full details, it's all just speculation. But, predictably, it has been turned into a culture war.

It's more a case of not wishing to add an admin burden to fledgling start ups. Flat rate VAT offers low admin compliance for firms that purchase little.

Tradesmen do like a cash payment but you'd have to be a pretty unsuccessful one with little trade to not have a VAT registered LTD company.

Arguably some micropubs trade on remaining below the threshold and are determined to not exceed it which keeps them part time vanity businesses prone to closure on a rent/rates review.

I doubt you could say the VAT threshold has skewed an industry stagnating productivity and growth in the way SBR does.