2 months into the Covid 19 closure of most the UK it inevitable that thoughts, news, discussion centres on how society may reopen. Whether that be discussions on schools or more importantly parts of the hospitality industry. Or pubs. Basically just pubs. It is easy to fall into a trap of discussing economy versus health but in a real way the 2 are not at odds. Health outcomes in society are at their best when the economy is doing well, and individual wealth allows most to obtain a good diet and healthy lifestyle. Closing the country and handing the bill to the government can not be anything other than a short-term measure or can it? 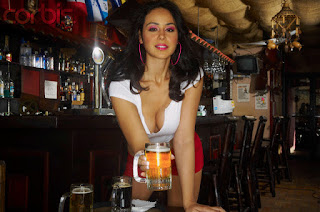 Pubs can offer so much more than cans at home. Hospitality.
Some believe we are storing debt for future generations and being conservatively minded you may think I fit into that viewpoint. You would be wrong. Western economies are long past the point of ever being able to pay their debts. We are storing up debts that will not and cannot ever be repaid. Future generations have 2 choices. The reset button or maintaining the charade.

When you take a loan the bank uses the deposits of the saver, right? Nope. The bank creates the money out of thin air. Not so much printing it but typing numbers into a computer. It’s called fractional reserve banking. What the bank can loan out is many times more than it has on its books or in a vault. Occasionally that turns to shit but there’s a lender of last resort, the Bank of England, that steps in if and when it does.

Similar with governments. Government debt is called gilts in the UK (every country has its own word for the same thing) and who buys these bonds? Your Mum? Dodgy foreigners? Millionaires? Occasionally but in the main nope, they’ve more sense. Unless there’s a war on, then people buy war bonds and the like. Your mum may still have her national savings account at the post office though, and good on her. Believe in Britain! The Bank of England buys the gilts. With what money? Money it has just created. That then sits on the ledger as government debt. The government pays interest on it. That’s profits for the Bank of England. Who owns the Bank of England? The government. So, what happens to the profits? Well, that’s dividends which is paid back to the government. Yup, it’s a circle.

Dodgy dictatorships of the type you find left wing people love until it turns to shit and people starve or end up in gulags and is excused with “it was never real socialism anyway” do it differently. They monetise the debt. Rather than go through the charade of creating money and holding it as debt on a ledger to theoretically pay back at some point, they just print it and hand it to the government. Sometimes they create it as debt and write it off, sometimes they don’t even bother with that. Writing off the debt is called monetising the debt as the debt is gone but the money hasn’t. So long as you don’t write it off its not monetised and you intend to pay it off.

However, you can’t pay it off because doing so involves sucking money out of the economy in the form of taxes to then give to the gilt holder, the Bank of England, who then destroys that money. The amount the UK is in hock for means that to attempt this would fuck everything sideways. Thus, tanking an economy or subjecting it to decades of stagnation and austerity.

Ever heard the phrase, owe the bank a thousand, it’s your problem, owe them a million it’s their problem? It’s past the point. It’s been past the point pretty much since the end of the second world war. It’s been past the point of return for longer than most people alive. The lender of last resort for our lender of last resort is called the IMF. Beyond that there is the reset button. We start again with some other form of token as unit of account, store of value, medium of exchange. Whatever, it’s all buttons and my vote would be to use Cadburys buttons as money. 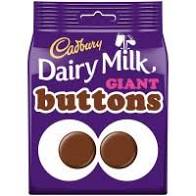 But it’s okay. So long as we believe it is debt and will be paid, faith is maintained, and we don’t go the way of those socialist dictatorships all the way down shit creek that monetize the debt and lose faith in the money. You just got to keep the debt on the books, circulate the numbers around the ledgers, and crack on indefinitely. The money is never repaid. What can possibly go wrong? Just believe! Belief. That’s the paddle!

What makes this easy to believe is knowing that all money is debt and that’s all money is. It’s a promise of value held by the bearer and containing the counter party risk of no redemption. Rather than being redeemed it’s just circulated so the counter party risk can be ignored. If I didn’t want to get back to pubs I’d blow you away by claiming this money printing is deflationary and not inflationary and is the cause of the problems it is attempting to solve but this is about pubs not heterodox economics.

So that’s how we keep the economy closed if that is your preferred option, but how do we open it? Without killing lots of people from a virus. We can consider any part of the economy you like but what really is the most important part of it? What matters more than anything?

You know it, I know it. Boris Johnson knows it. Whichever mannequin dummy is currently in place pretending there is an opposition and we are not a one-party state knows it too.

Pubs.
The true benchmark.
We’ve got to open the pubs.

Then real economic activity is occurring. More that the circulation of new money to cantillionaires, but activity of real value is occurring with money as the representative unit of account. Real wealth is created. Without the activity it is just numbers circulating representing nothing much at all. Pints of lovely beer being put on tables by uninterested teenagers. £1.99s being deducted from your PayPal. Real Economic activity. Wealth creation in a vibrant real economy.

There are lots of examples in the press of business models for the reopening of pubs. They centre around social distancing, card payment, sanitiser and limiting consumption presumably so people don’t relax too much and ignore the social distancing. Examples here, here and here.

A feature of this lockdown is that it involves everyone. But we know that some are more at risk than others. That the codger with the cough is no threat to me. I am more a threat to him. That if you are young and fit, Covid is not life threatening. If you are old or unfit (euphemism for a bit of a tubster) or unwell with some existing condition, then it is dangerous.

So why lock down everyone? By all means flatten the curve, ensure health systems are not overwhelmed but the people to keep indoors would be those that need to? What about those that don’t? So long as they don’t pass it on to the vulnerable is there a harm in passing it on to someone for whom it is just a bout of a seasonal flu?

Where I’m going with this, is why close pubs to people for whom pubs represent no threat? Why not hand different rules to different people depending on their circumstances? I could mention the shakiness of the “science” That the model we are working through has been trashed by better experts than the ones the government have employed. That the guy that came up with it doesn’t believe in it enough to follow it himself. That his hypocrisy is only the latest because the Scottish expert didn’t believe it either. Because here’s the thing about the science. When the people that came up with it clearly don’t believe in it, maybe we need to find a scientist whose model stands up to scrutiny and who clearly believes his own numbers.

Why not open them to fit and healthy people between 18 and 50 who are within BMI, showing no symptoms, have no underlying health issues, and let the virus spread among that group. Lockdown isn’t preventing that; it’s slowing it and if health systems are not overwhelmed it could go at a faster pace with no adverse effect on overall mortality. It would be killing no extra people and overwhelming no hospitals. Your daily infection rate may go up. Not your full virus timeline infection rate. The same number get it but in a shorter time that can still be managed safely. The quicker that immunity is spread in the healthy population, the quicker society becomes a safer place for the unhealthy. You get to the point where you can let the over 50’s back into pubs sooner than a model of locking everyone out until you can let everyone back in. 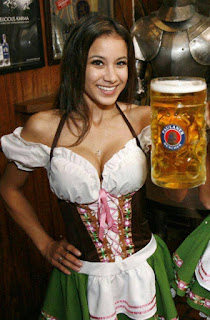 A compelling argument! I'm on board ��

But nobody under 50 goes in the Sam's pub!

I agree with the general thrust of your argument, but as a 'tubster' and borderline diabetic, I would still want to go to the pub!

Here's a thought that I haven't seen expressed elsewhere. One of the 'at risk' groups seems to be people from a BAME background. I think it might be interesting to see the response/uproar of telling this group not to go to the pub (or anywhere else for that matter!)

But I only go to pubs to take photos of old codgers dancing badly to Meatloaf.

Most of the pubs I go would be empty on Cookies under 50 proposal.

Is the cure worse than the illness? Only time will tell.

As the landlady of the Vaults in Uttoxeter said, "Challenge 25? You wouldn't need Challenge 50 in here!"

When pubs reopen those that perceive that they may be at risk of contracting illness will avoid them anyway,the result will be that your proposals will come to pass albeit without the need for compulsion which would be unworkable and socially devisive. There is now no reason why pubs cannot begin to open within the next four weeks.

I would guess the science would not indicate there is anything specifically dangerous to a particularly ethnicity in the virus and the risks to BAME Britons would come from an exposure to the virus from work environments. Not only health work but shops and customer service roles. Therefore pubs represent no specific risk to them above and beyond their work. Low paid, low status work tends to serviced by people of an immigrant background, but in the post covid economy we may already be seeing the status and respect afforded to such work increase. It should be welcomed if this results in enhanced pay.

Or you could stay at home. It's not going to kill you.