As everyone who knows 'owt about beer knows, the great titanic struggle of the age is between Accountants and Brewers. Those suit wearing toss pots that only want to make beer as cheaply as possible whilst all wearing identical boring grey suits versus the true heroes. Those bearded lumberjack shirt wearing good guys that care passionately about beer and only want to make the best beer possible and damn the accountants. Damn them to Hell. Hell, if it wasn’t for the complexity of a corporation tax return we’d put them up against the wall and give them a good talking to about hops or some such shit until they sacked off accountancy and started up a craft brewery. 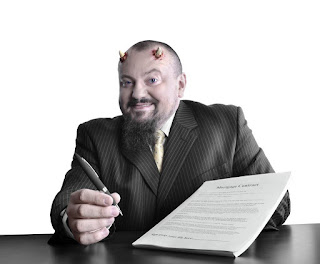 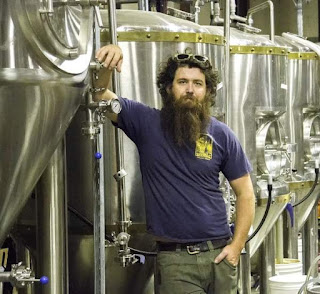 Craft Brewer. Hero.
In proper Game of Thrones fashion there’s a new player in town. A new army in the fight for the Beery Throne. The Marketeers. They aim to sell beer and whilst they rarely use dragons they sometime use tits because we all like tits and those that say they don’t are lying. Tits are great except when it’s sexist to like tits then they are not great and tits should not be used to sell beer. Not ever. Why not sell some beer to people with tits? What do people with tits like? Well if those tits are man tits what they want is to lose a few pounds, be less of a Jabba the Hutt so they might pull a lady with real life lady tits and that’s where diet products come in. The narcissism of the age being to look good for a selfie, less calories = Better!

Who should be designing beers? Accountants? Brewers? Nope, Marketeers. They've done surveys and stuff and know what you want. You want to be thinner. 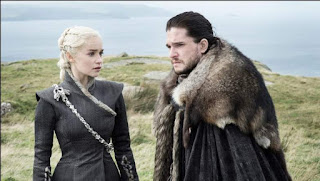 Wanna come down Spoons, Jon Snow,? I'll show you my dragons. And yes that's a euphemism, I mean my tits.
Have they got Draught Bass on?
You know nothing, Jon Snow.
You’ve got diet pop, low fat yogurt, sugar free chewing gum and now finally low-calorie beer! Not now finally. You could write a history of low calorie beer on the UK market and it would be a history of failure. Decades of products going past their sell by date & being dropped. Whilst the product has caught on in other countries with a plethora of “Lite” beers those products have crashed and burned in the UK. But you know, God loves a trier and when I spotted this cheeky little box of low calorie lager in my local Tesco I thought I’d treat myself.

330ml of 4% lager with fewer calories, fewer carbs and gluten free. Brewed by Camerons Brewery of Hartlepool under contract of a company, Skinny Brands, that appears to specialise in low calorie booze products. It’s an adjunct free (all malt) lager as per the bottle info and comes in at 89 calories. That’s lower in calories than a Bud Light.

What’s it like? Duh. It’s a light lager. It’s lagery. Lighter than a Carling (and stronger than that 3.7% classic). More to it than a Bud Light. On a par with a bottle of Corona but with a smoother finish and arguably a better beer. I liked the stuff.

Tastes like lager. Nice. None of that craft muck.

It won’t trouble those that like to sniff beer and talk about hops but I’d prefer to pick one of these cold ones and neck it whilst watching telly than a lot of regular lagers. You can chuck one down your neck without it touching the sides nor troubling your taste buds with considerable ease. If you like a Corona, you’ll like one of these. If you think Corona is Mexican piss, you’ll think this is English piss. Fine proud English piss of God’s own England.

The lass did ask why I was necking what she thought looked like ladies’ beer but I just called her a sexist and refused intimacy until she changed that sexist attitude to teach her a lesson. There's no sexism in this house. It’s £10 for a box of 12x330ml in Tesco. It’s alright, I liked it.

*I bought it with my own money I’d earned from hard graft and not received it for free, in case you’re wondering

According to Spoons website, a pint of Carling has 182 calories, which equates to 106 per 330ml. This stuff has 89 calories per 330ml, so the difference is about on a par with eating two fewer chips.

You might enjoy it on its own merits, but it's not going to do much as a slimming aid. And Bud Light is only 88 calories per 330ml.

Still not as efficient as a vodka & soda, though.

But also if what you are going to neck is 1 beer, the portion size then become a factor. A 330ml portion over a 440ml portion. Whether you think diet products are a rip off because many are smaller kinda depends on how you view value.

A recent TV show pointed out many ready meals simply reduce size for the low calorie version. But then again a lot of dieters wouldn't just eat half a regular portion.

If you are looking to lose weight, though, the answer isn't diet beer. It's knocking beer on the head. It's all empty calories.

Well, yes, as Christopher Snowdon has reminded us on several occasions, realistically the only way to reformulate common foodstuffs to reduce their calorie content is to reduce the portion size.

But, on the other hand, why are many well-known pissheads skinny?

Nice one. Over a year old. Proper Real Keg and Table never die.

PERFECT LOTTERY SPELL THAT WORK FAST WITHIN 24 HOURS WITH DR GBOJIE LOTTERY SPELL POWERS:http://gbojiespiritualtemple.website2.me
I saw so many testimonies about Dr gbojie a great lottery spell caster that will help you cast a lottery spell and give you the rightful numbers to win the lottery, i didn't believe it, at first but as life got harder i decided to take a try,  I contacted him also and told him i want to win a lottery he cast a lottery spell for me which i use and i play and i won $48,00. I am so grateful to this man Dr gbojie and i am making this known to every one out there who have been trying all day to win the lottery, believe me this is the only way to win the lottery, this is the real secret we all have been searching for. Do not waste time contact him today for you also to be a winner contact info below.

Website: :http://gbojiespiritualtemple.website2.me
best solution home were all problem are solved, DR GBOJIE can  help with the following.
Love spells.
Healing disability.
Penis enlargement.
You want your ex back.
You want your crush.
Lottery spell.
Financial spell.
Promotion spell,
Make your business flourish,
Attract more customers.
Have your crush.etc. Message him  with faith and follow him https://www.facebook.com/drgbojie/

As reported by Stanford Medical, It's in fact the SINGLE reason this country's women live 10 years longer and weigh on average 42 lbs lighter than we do.

(Just so you know, it has absolutely NOTHING to do with genetics or some hard exercise and EVERYTHING related to "how" they eat.)