Observers will note this blog ran out of steam some years hence to be revived only occasionally if I thought of a way to amuse myself by being rude about the patently ridiculous hobby of “beer enthusiasm”, one of many ways middle class people intellectualize getting pissed to draw a line between themselves and working class people, some of whom also like getting pissed, but do so in a vulgar manner. 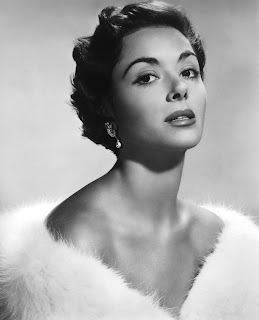 The actress, Dana Wynter. For no reason whatsoever. I could not think of a photo to go with this and recently watched the original Invasion of the Body Snatchers of which she is in and wondered whether there was a way of shoehorning a photo of her drinking a beer into a blog somehow.

It has dawned on me that my years of study of beer geekery have presented me with some knowledge both of beer enthusiasm and its ludicrous adherents. Further such a hobby is gaining more and more enthusiasts. Especially among millennials that have no hope of acquiring the symbols and objects of wealth and success of their parents and seek a way to feel better about still renting homes and travelling on buses long after full time education by making a symbol and object of an overpriced beer. I mean, tweeting about the vulgarians you have to share public transport with can only get you so far. You need the security of knowing you drink pricier beer than the Primark clad unwashed fuckers and their Lynx Africa aroma.

Are you are one of these millennials wanting to fit in and uncertain how? You’ve got the skinny jeans, cultivated a stupid beard you wrapped in an elastic band and are sat in a brew dog bar paying £8 for small glass of beer but feeling a bit of a fraud. Maybe in those moments of angst and regret during a stinking craft hangover? (Different from a regular hangover in that if its craft you can pretend you are not an alkie)That someone will discover you don’t really mean any of this lifestyle, that it’s just an affectation you hoped would pull you that sulky Goth chick you want to notice you? That people will realise you’d rather just wear sports casual and have a pint of Kronenbourg?

Fear not I am here to explain how you convince others you are genuine beer enthusiast of discernment and taste. In a series of posts I will explain in detail various aspects of beer geekery to practice and understand. By no means comprehensive but enough to grasp more than the basics and put into practice. Before you can say “Jesus Christ, how much? it’s only 2 beers for fucks sake pal” and give the game away I will have you leaving that unsatisfactory job in an office selling office supplies with an employee of the month award on your desk in shape of a paperclip that did not come with any actual money alongside it and making a living as a self-employed beer evangelist/communicator/blogger, part time barman, and reliant on the generosity of your parents well into your thirties.  The type of job that gets the girls and will require the acquisition of a shitty stick to fight them off with. A craft shitty stick whittled by a retired accountant from an artisanal shop. Not one you found in the park.

As a species we have evolved a sense of smell and taste to identify rotten food that might make us ill and therefore avoid it and by survival, increase our chances of procreating prior to death. For this reason it’s not a bad idea to utilize this evolutionary advantage and throw away rotten food that might make you ill. Food in the fridge a day or two past its use by date? Bit of a whiff coming off something? Why take the chance? Why gamble with spending the following day on the shitter regretting every minute of “not wasting” something that in the first place cost buttons? For fucks sake, it was 50p from Aldi. Bin it, buy another.

Take this beyond that simple principle and beyond even that. Far beyond. Your palate is so precious, so cultured, a tool of your beery hobby, a vehicle for your discernment that you could no more pollute it with substandard fare than you could procreate with your own mother. Allowing something as crude, as vile, as filthy, as something you don’t much care for past your lips is a betrayal of a palate you have been carefully training and developing over many years. A palate you ought to get insured for a million pounds lest you accidently ingest an Iceland or Farmfoods canapé at a working class cousin’s engagement buffet.

Now most people may upon opening a beer they don’t much like think, heh it’s not going to make me ill, I just don’t much like it. I’ll make it into a shandy and neck it. I doubt I’ll buy it again but it’ll be a pity to waste it, considering I paid money for it and all. Actually it makes a decent enough shandy, this is nice. I’ll finish off the other one too, and then it’s gone. So long as it’s not going to make you ill, it’s just a matter of taste and opening a can of Sprite Zero into it isn’t a crime, surely?

It is, my friend, it is. You are not most people. You are a beer enthusiast. Shandy? Oh good god. You don’t even call it that; you refer to it by its German nomenclature of Radler. You did not train your palate to drink shandy. By logical extension then the more you throw away, the more things you wouldn’t let past your lips, the more refined and discerning your palate is. By “sink pouring” every craft beer you buy you automatically become the most discerning craft beer communicator of them all. More than those vulgarians that actually let it past their lips and drink it. You win.

So my friend. Wanna convince ‘em you’re the real deal. Pour it away. It’s fit only for the sink.

In my experience the most likely candidates for a sink pour are bottle-conditioned beers from microbreweries that come out as flat as a witch's tit.

The alternative, of course, is "I struggled to finish it".

That London craft brewers seem to think Radler a beer style (low ABV with fruit in it apparently) rather than German for shandy is both funny and as irksome as session IPA.

You never have to pour a 1664 down the sink. Only things I have were from ostentatiously craft breweries with no QC (To Ol, Wild Beer).

I give this series two more posts before think fuck it, and go back to stalking THE TAND on twitter.