The definition of craft beer


Don’t worry; this isn’t a return to blogging. You are not going to have to read lots more drivel from this load of toss. It’s just that miserable old Mudgie wanted me to blog again so I thought a one off can’t hurt. It’s a one off to cheer the miserable old codger up. But what to blog about? What is the defining issue of our age? Is it Britain’s place in a post EU world? Maintaining global competitiveness with the rise of Far East economies? Who ought to win strictly come dancing?

The single biggest issue facing the world today is finding that elusive cast iron definition of craft beer. More elusive than questions of the existence of God or Gods, More elusive that cures for modern aliments. More elusive than a unified theory of physics that bridges the gap between special relativity and quantum mechanics. Don’t worry folks I have the answer. I have the definition you seek. What is more I am prepared to share it. To let you know. So then you will know too. Now breath, contain your excitement, don’t ruin it for yourself, with calmness comes the wisdom and enlightenment you seek. Within this enlightenment you will lose the world, but you will gain the universe. Illusions will be shattered. It will irritate you, it will annoy you, but unless you let go of your mind, there is no hope for you. So let go of what you think you know and embrace your enlightenment.

The definition of craft beer
Craft beer is a style of beer that must encompass ALL of the following features. Not some of them. Not those you pick and choose are meaningful to you. All of them. You cannot walk halfway to Mecca and call that a Hajj. A craft beer is not a craft beer because someone says it is, whether beer writer, blogger or brewer. It is only craft if it meets the following criteria.

Extreme taste and high ABV. The beer must have both of these features. It ain’t craft if it ain’t. It’s just like that and that’s the way it is. Craftsmanship in brewing is about bunging in a load of hops and racking up the alcohol to a liver killing level. A good guide is the wince factor and a slight pain in the liver as it slips down. If the beer does not make you wince or give you that sharp pain of immediate cirrhosis then it isn’t craft. If it does then it might be craft so long as other criteria are met
. 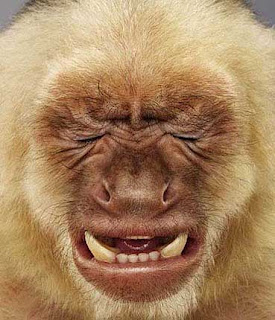 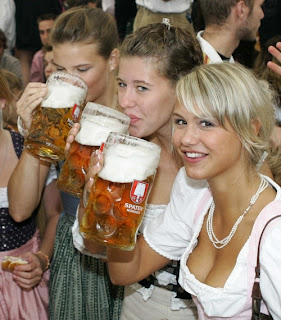 These girls are smiling and enjoying their beer. NOT CRAFT.

Shed brewing. Is the beer brewed in a shed or is it brewed in a large, modern, clean and efficient brewery? You can’t make craft beer in anything but a shed. Again, it’s just like that. Have faith. Anything bigger than a shed and accountants become involved. The shed size can be no bigger than the biggest shed on sale at B&Q. 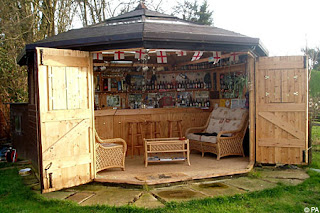 Defects masquerading as features. The very nature of brewing craftsmanship does not lend itself to notions of consistency or precision as a mark of quality. A necessary feature is that the beer has a notable defect passed off as a feature. This can be an unpleasant flavour note or even a haze or cloudiness. If you point out this as a defect you are wrong, because it is a feature of high craftsmanship. Probably explained by not wanting to throw fish guts into the beer or clean equipment properly. A feature is a mark of quality, and you are more discerning and knowledgeable for swallowing it. 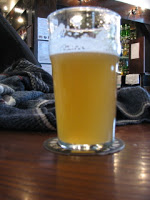 Looks a bit dodgy? Not if it’s craft.

Eye watering price. Have you needed to get a second mortgage before buying a third of a pint of hazy wince inducing beer in a poncy stemmed glass? No? Then it isn’t craft. Craft beer has to have an eye watering price or it is not craft. Accept the high price without a murmur of complaint or question. Anything else is just drinking commodity beer to get drunk. The high price separates craft beer from the muck common people drink. Pay up and like it. 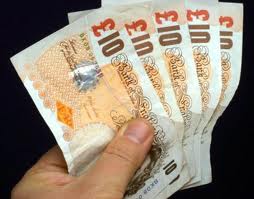 The price of a pint.

Brewed by a twat in a daft hat. Now you may be sipping away at that beer in your hand, smugly thinking it is craft. It’s qualified so far. But this last criterion is where so many wanna be craft beers fail. The brewer has to be a twat and has to wear a daft hat. If not, EPIC FAIL. The sheer number of so called craft beers on the market that fail in this last criterion is one of the main reasons why a clear cut definition is required. There are customers out there paying top dollar for beers marketed as craft, believing the beer they drink to be craft. Yet in so many cases the brewer is not a twat, does not wear a daft hat and the beer is NOT craft. 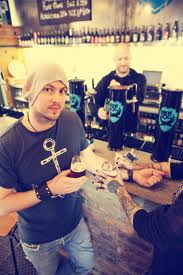 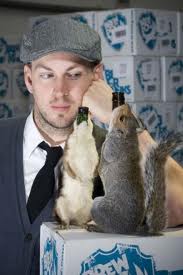 The types of hats favoured by twats 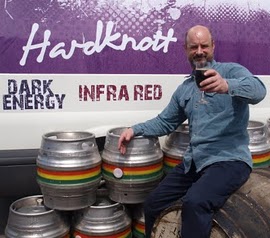 Epic fail. Not a twat. No hat. NOT CRAFT.

In conclusion
There you have it. A checklist for understanding whether the beer you are drinking is a craft beer or not. Remember the beer needs to fulfil all the criteria to be craft. Any one failure and the beer is not craft. You may use the term “quasi-craft” to describe any beer failing on one point, but any more failures than that and the beer is just the common slop favoured by the masses. Please express your thanks for your enlightenment in the comments section below. Disagreement is a sign of ignorance and lack of faith in the one true path of craft beer.

I'll tell you what's "craft" - a brewery so hip-to-the-hipster they carry a pic on their website of one of the founders drinking, not his own beer, but PBR. (No hats though ...) Click below and scroll down ..
http://www.beavertownbrewery.com/

I love you Cookie, you're great. I think you should come back to blogging, it's not the same without you.

Excellent summary. Saves newcomers the trouble of trawling all over the interweb for these jokes. Well done.

May I propose a small amendment to one of the rules? Daft hats OR daft facial hair. Waxed moustaches, more-than-mere-mod sideburns, or plaited beards qualify as craft.

More power to your elbow!

I'd also add "When the bottle or pumpclip belittles or patronises the customer and/or makes you want to bottle the brewer" to this list. But made funnier, obvnov.

Like any addict, it starts with just one. Then another. Face it, blogging is in your blood. You hear the bloggeratti calling out to you and you can't say no.

Good stuff Cookie, but you have the order wrong. The wince comes at the end of the process.

@Tyson Sometimes posting drivel in the comments sections of others isn't enough.

@Tand I'd have thought nothing would make an experienced toper like yourself wince, except being asked "That's one pint of crafted pong Sir, £6.50"

Some of these prices will make you wine.

And in Yorkshire too, not that London.

I'm already think of amendments. Dirty lock ups underneath railway arches with peeling paint and mouldy damp walls make a good substitute for sheds, imparting a tang to the beer that is almost as well crafted as random snails and slugs getting into it.

Any sort of grim inner-city location that is on the cusp of trendification would be ideal.

Absolutely on the NAIL!

Especially like the dig at brewdog, they really sum up what a total joke craft beer is in the UK.

What is ironic about brewdog, is they think they are cool and they couldn't be less cool if they tried!

Also half the people that defend them are the gullible idiot who bought into that crowd sharing rubbish! as if they will ever see a return, dont these idiots know about the small print!

It not all bad news about craft beer in the UK, its just the decent guys dont shout about it!

I am soooo glad someone has cleared this all up for me ...

Not just brewed by twats, it makes you feel like one when holding the poncey bottle and silly branded glass.

I enjoyed this article, but you could've got into the origins of craft. If you did any research, you would have found out that that the origins of craft come from Proper Real Keg. We all know that Proper Real Keg has landed in the UK. On a recent trip to the UK, I noticed its proud dispense in every town I visited. In mentioning this, the work of 'Proper Real' is not done. It will take hard work and I give it to you, the beer bloggers, to take this up and begin writing about it with educational force.

I'm sorry I've only just discovered this post. I have been thoroughly informed. I was recently in a pub that served craft beer alongside "artisan" pies. I didn't try one of the pies as they were £8... they should have been called "craft" pies instead. My local pub serves regular pies for £1

Can also be brewed in railway arches, as opposed to a shed.