No matter where you go, there you are 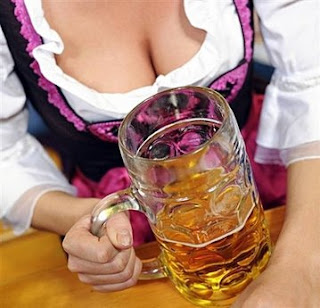 I once read an axiom that it is better to travel than to arrive. That is, in my humble opinion, complete and utter bollocks. Travelling is piss poor. Once you have arrived at your destination life is okay. Once you are home, life is even better. Getting from A to B is by and large a wretched experience. Airport queues that are designed to make you walk through tat shops (of course, that is what I need, a tin box in the shape of an obsolete red phone box with 50p’s worth of jelly babies in for a tenner), waiting around for every stage of the miserable process, screaming children on planes, crap airline sandwiches, fat people sat next to you that do not fit into their own seat and dithering old people standing right there and blocking everyone’s attempt to move forward until they have found what piece of pointless crap they want out of their bag . The only part of it I enjoyed was getting free beer on the plane in the economy class that my humble means afford me. I got one as she moved up the plane and necked it quick enough to get another when she moved the other way. Warsteiner if you’re interested. Not bad lout. Neckable.

As for my experiences in the nation of Germany, what can I say? In business terms it was another partial success, to paraphrase Viz comic. I got some work, but not enough to escape the shackles of wage slavery and working for the man. There is a recession on don’t ya know? Age of Austerity and all that. Ought to be grateful I’ve got a job. Whatever. On the positive side, when I wasn’t attempting to prostitute myself I got pissed up on some pretty decent stuff in some nice places with some nice people. You can’t argue with that. The Weiss remained my favourite, the Eisbock made me want to heave. I could start being poncy and mention the aroma of banana with the aforementioned bananarary aftertaste but frankly I barely managed to neck the bottle of 12% sugary muck. I necked it, I’d paid for it, and it was booze, but I cannot say I liked it nor wanted to practice till I liked it. A Maß of Helles was by and far the easiest way of getting skulled. The Dunkel was too much like Newcy Brown. About 90% of what I necked was either Helles or Weiss, and had I known better the other 10% would have been too. When I found myself necking a halb for brekkie I realised that I could live off grog here. It was good enough to live off and relatively hangover free. I say relatively, you have to neck a real skinful.

I could mention breweries, but to be honest, it was all good. None stood out of the crowd but none of it was poor. If I had to be critical I’d say the beer is arguably a poor imitation of cooking lager. As if someone tried to emulate the magnificence of proper cooking lager but with pure and natural ingredients and a long established traditional brewing process. This produces lager beers that are arguably good, but are not proper bona fide lout. It’s as if they have never heard of cheaper fermentable sugars, reduced lagering time & heading chemicals. With the lack of bona fide proper cooking lager I’m not even going to mention the breweries, but what is worth mentioning is the bizarre and unusual drinking culture of Germany. I’m not sure it is healthy. It is impossible to get pissed up and get into a fight outside a kebab shop with a tattooed thug vomiting on his shoes. What a weird place. They have appeared to have subverted the natural order of boozing and eliminated the ability to get paraletically drunk, vomit and fight. It’s what you might call “civilised” but frankly it’s unnatural.

They seemed to have done this by establishing drink as a natural and healthy part of life. Something to be enjoyed with friends, strangers and food. Drink is the social lubricant of life and not a tool to get pissed up and escape life. Not something demonised and unacceptable. Waiter service as the norm rather than exception adds an air of civility. It creates a weird mix where strangers talk to you. Rather than the natural fear (which we pretend is a national trait of simply being reserved) of talking to strangers that comes from knowing they probably want to get pissed and fight, when you take that fear away people talk and strangers become friends and the next thing you know some American students, a German lawyer and an Italian divorcee are all adding you to their facebook friends list and you are agreeing to meet them tomorrow to watch the football game. Is this natural human behaviour I ask you? Where is the natural fear and apprehension of talking to strangers? German friends assured me this was normal, nothing unusual about it. At a late night kebab shop in the early hour’s people sat and ate and drank a last beer before calling it a night. They smiled and laughed with each other and there was no sign of blood, piss or vomit. What is this madhouse, I silently screamed inside?

I looked around the supermarkets. Beer ranges from 35 cents a can for the pisswater I like to 85 cents for a bottle of something decent. Cheaper by a factor of 3 or 4 from the bars, kellers, pubs and what not. The bars were thriving. The smoking ban was no different here in anywhere I went, but mention of bars where smoking was allowed was mentioned. A cancer stick puffer tried to drag me to a kolsch club where smoking was apparently permitted but we never went there in the end because we got invited to a party by some pretty German girls. I cannot tell you whether the smoking bars prosper. Smoking bans, supermarket prices? Tell you what; there might be a market for civilised places with decent beer and decent food here in England. Once I’d got over the weirdness of it, it was quite appealing and arguably better than the dumps we suffer in Blighty.

EDIT: back home, taking the squeeze out to a Chinese restaurant she likes, we get off the bus in town, simple journey, not worth a cab, it’s a nice summer evening. We walk past a traditional British boozer, I spot a drop of blood on the steps, what appears to be piss up the side wall, flaking paint, a tatty exterior, shaven headed tattooed aggressive looking types having a fag outside, a sign informing me a pint of Foster’s is only £2. It is somehow reassuring that I am back in a normal healthy aggressive drinking culture. However I walk past, not into, the boozer.

Good read. I'd rather drink with a lout lover than one of these blogger freaks. That coming from an admirer of pong. Go figure.

I worry about the mental health of those that think pong is something to "campaign" for, though?

They're okay people, the Germans.
Many people forget that Hitler was Austrian - there's a big difference.
Damn, I mentioned Hitler by the second sentence.
However, you failed to mention the fate of the lout you left behind in Blighty - did herself avail ?