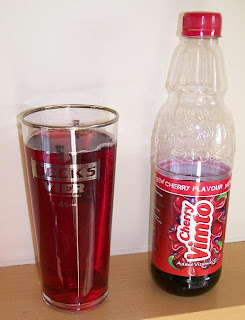 I have to confess to a degree of disappointment in the result of the latest poll to grace the tosh that is Cooking Lager. 24 people have a low regard for tutored beer tasting and only 12 people held the activity in esteem.

One of the things I’ve learnt from reading beer blogs and beer writing is that people need educating about beer in order to make informed choices. That is not make the choices they want as free individuals for let’s say a nice glass of chilled white wine alfresco in the garden to accompany a light seafood salad, but make a choice that beer geeks think they should. People make the wrong choices because they don’t know any better and any choice is wrong that I don’t like or approve of. If better educating people about beer can make them drink a pongy nasty tasting foul glass of shed brewed muck that smells like old socks and tastes like an error of judgment, just think what a proper beer education could do? It could open people’s eyes to the glory of ice cold fizzy dirt cheap lout!

Much tosh is talked about the growth of pongy ale, and credit has to be given to those that campaign for it with a passion. All the great beer writers from Protz to Cole cite tutored beer tasting (where they teach people how to drink beer) as a useful market expanding device that encourages the presumably previously ignorant that didn’t know how to drink beer how to do so. To think, all that time the reason why people were not drinking beer was because they didn’t know how to? Just think of the possibilities of teaching people how to neck a lovely pint of ice cold lout.

With lout back in growth, see here, we as lout enthusiasts can replicate the success of the great iconic Carlsberg to other fantastic examples of lout like Carling and Foster’s. Lout succeeds when all lout succeeds. We cannot leave to whither on the vine any of our traditional and much loved lout brands. By better educating people we can ensure a wider appreciation of the lout.

So with that I’m going to have to ignore the poll and plough ahead with a tutored guide to necking cooking lager. If your average wine drinker can be taught to drink pong and face a glass of “aromatic golden ale” asking themselves “what is this muck I’m necking?”, they can be taught to drink something nice. Even pong drinkers recognise that pong isn’t always a winner. The thing about a nice can of Carling is that it always is a winner. The truth is being recognised, many pong drinkers are ready to turn to the lout, as we can see here, and here.

So with such a challenge, here is how to learn to love the lout. Firstly the thing to recognise is that a pint of lovely cooking lager isn’t just appreciated by taste, smell and appearance as are the crude attempts at pongy ale appreciation. Cooking Lager is appreciated by all the senses. You feel a pint of lout from the tips of your toes, to the extremities of your fingers, in every essence of your very being. Lout is food for the soul.

You might look at the picture on this blog and think “cherry vimto?” that is a betrayal of lout. It isn’t. Unlike other forms of beer appreciation, the appreciation of dirt cheap lager can accompany a liking for other things. Indeed, drinking fruit cordial out of a pint pot can be the start of lout appreciation. First take the pint of vimto and raise it to your mouth. Take the biggest gulp you can and keep gulping. Neck the whole thing in one. Have a slight belch if you feel the need. Feel the liquid course through you and feel the sense of achievement in having necked a whole pint of liquid in one.

You have taken the first step to cooking lager appreciation. Next up take an ice cold can of fizzy lout. Stick with the iconic greats of cooking lager for now. Walk before you run. A can of Carling, Foster’s or Carlsberg. Pour into the pint pot. Hold the pint up to the light and appreciate its golden hue. Notice how condensation forms on the outside of the glass. Appreciate that the look of this delicious glass of wonder can instantiate a longing and deep desire to neck it.

Raise the glass to your mouth. Take the biggest gulp you can. Breathe out. Sigh in deep satisfaction. Feel the lout in every part of your mortal being and notice how it touches that within you that theologians assert exists, philosophers ponder and scientists doubt. Take another gulp. It is important to gulp, to swig, to neck. This is lout, this is how lout is drank. It is separate in its majesty from lesser beers or drinks that you might sip slowly. As you sink the pint, notice the joy it gives you as inch by inch the liquid disappears. Appreciate the buttons it has cost you and as you approach the pints end, ask yourself a question. Do you fancy another? The answer will not come from cognitive thought. You have touched a part of your psyche you rarely communicate with. The answer will be yes, it will be hell yes, it will damn hell yes. Now you have learned to love the lout, don’t let your ignorance push you towards those inferior drinks that are not dirt cheap lager.

That MA story doesn't show lout in growth. Carlsberg is back in growth due to Spoons taking it on as their house piss and kicking Carling out, isn't it? Zero-sum game there. It's going to be a hot summer though.

I find a lovely glass of Veltins or Krombacker pils does beats lout anyday. Does everything lout does refreshment wise with flavor beyond just CO2.

You could never do that Cooky. It would give away your identity.

Funny how my secret identity is freely revealed to anyone that offers to send me free beer, as otherwise how would it arrive safely to me?

Classic post. I don't know about MA story but there's a MA in the philosophical treatise you could write about Lout.