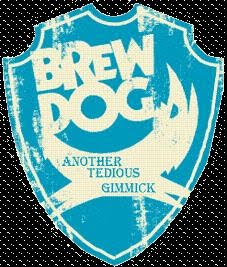 I put the results to Brewdog James and asked him about the new beer.

“Who gives a toss about the beer?” replied James. “I can’t be arsed brewing anything this week so what I was planning to do was bottle my own piss and charge 40 quid a bottle to the mugs that will drink anything. My own piss has enough hops and alcohol in it to pass muster and when I measured it, it came out a nice blond fruity ale with a record breaking abv and better than the nasty undrinkable crap I usually knock up. I think I’ve hit the nail on the head by passing it through myself before I bottle it. I call it human filtration and its better than either pasteurisation or cold filtration and is the technology I’ve been looking for. There are enough halfwit beer enthusiasts out there that will buy any old crap so long as it is new and innovative regardless of whether it’s drinkable so I’m going to see how long I can get away with bottling my own piss and giving it stupid controversial names that generate more publicity than I could afford to buy. I’ve already got advance orders from the likes Clarkey and Dredgie and a whole list of stupid mugs that gave me 200 sheets a piece for shares that were worth ten bob, so I need to go piss in some bottles now to fulfil the orders, so bugger off”

So there you have it. Miss it, miss out. Get down to brewdog sharpish and be the first to review “Another tedious gimmick”. It doesn’t really matter what it tastes like or how much it costs. It’s new, it’s different, it’s innovative and it breaks some sort of world record for being really strong. Probably strong enough to give you instant liver failure and send you blind. But that doesn’t matter, what matters is being the first to drink the nasty piss.

The Brewdog backlash is clearly underway. It had to happen.

Well at least a soupsong(sic) of truth in what you say.

Soup, soup, a tasty soup, soup!
A spicy carrot and corriander!!
[Chilli Chowder!]
CRUTON CRUTON!
Crunchy friends in a liquid broth!
I am dispatchio, oh!
I am missala soho.
Misso misso,
Fighting in the Dojo,
Misso misso...
Oriental friends in the land of SOUP!

Could you talk about the drinkability a bit??

It should of course be called Muslim Coprophile Slut and the bottle should come on a skateboard wearing low rider jeans.

I'm not sure there is a Brewdog backlash. It will always dazzle and entice the beer geeks, I fear. Half of the bloggers who rushed to condemn the naming of STB were in the front of the queue to try it. When they were giving it away for free, naturally. And then they all felt obliged to review it. So expect video reviews of Tedious Gimmick to appear on YouTube very shortly.

On an unrelated note, after Sid Boggle’s suggestion - would you like to write a guest blog on our Badger Sett Ale Club? They’ll be a free Rifle Box of Badger in it for you?! let me know -
badgerales@hotmail.co.uk